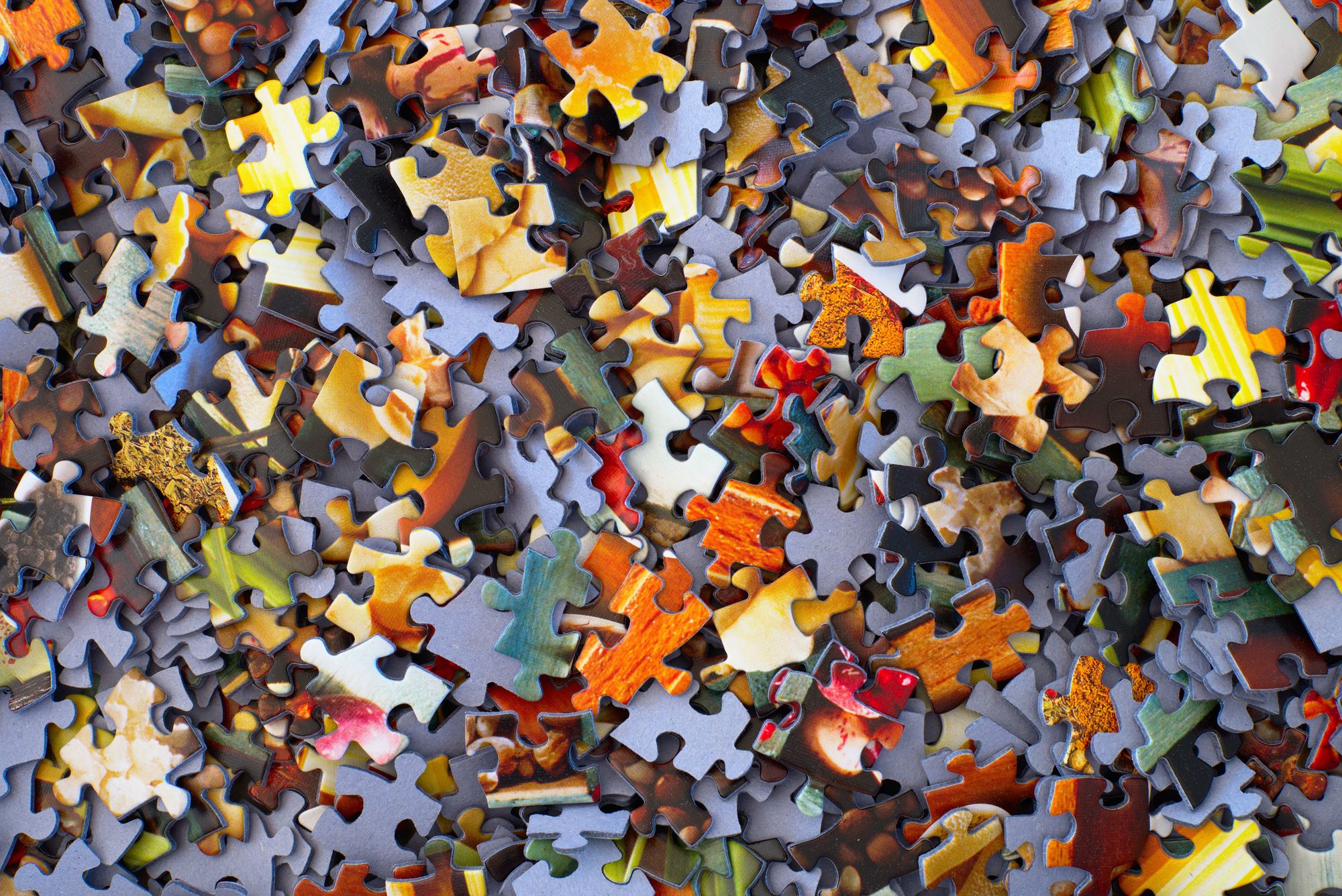 If I asked you right now what you think the meaning of life is, then what would you say? Can you answer why we're here on planet earth or are you pleading the fifth?

Ok so I fully admit I'm going in full guns blazing this week by asking the ultimate eternal, difficult to answer question of exactly why are we here? But maybe if I reframe the question, what I'm getting at may come clearer into focus.

My new question to you is: what do you spend most of your time on this earth doing?

What first springs to mind? How do YOU spend most of your days and what tends to be the number one focus which dominates YOUR week that you build your schedule around?

It's not a trick question at all. For you, me and I'd say the vast majority of planet earth, the answer (beyond sleep) is work.

We work for many reasons

There's many reasons people choose to work, whether that's to feel productive, to have a sense of purpose or to give their identity meaning.

Some people work for a sense of accomplishment, the challenge, the white knuckle ride and ups and downs of chasing after a goal. Some others happily head to the office for the social aspect, to meet other people and to fill their days.

Filling your days may surprise, but once institutionalised and conditioned by routine, what else do some people have in their life? Ever hear about those folks that retire, find that they have nothing to spend their days doing and go back and find a job? That's an extremely common story that we all hear time and time again all over the globe...

Like most things in life, the truth of why people work is a rich mix of all these elements. But there is one absolute overall reason why people work which shouldn't come as a big surprise...

If you asked 99 out of 100 people why we work, it's highly likely we'd get some kind of a variation on the same answer. Because for the vast majority of us in the twenty first century, the number one reason we get out of bed in the morning is to get that cash money, dollar bills, greenbacks, dough, Benjamins and 1000 other ways you call those one's and zero's that pay the bills each and every month.

So yes, ultimately for a huge proportion of planet earth, the need to go and trade our 'hours in the day' for money to buy food and shelter is the absolute number one must. Putting food on the table has to be the priority for individuals to not only feed themselves but also their family. It can be a hard life but having steady work and being able to trade is an evolutionary tool we've all honed in our battle for survival as individuals and as a species.

But it's not only third world countries just about making ends meet and living a hand to mouth existence. It's estimated that 40% of Americans now live in a world where their monthly pay packet only covers the basics. Many US citizens now have second and third jobs and that's a sobering thought for the world's biggest economy.

More hours at work means less time spent with family and friends and an existence which becomes devoid of greater meaning than just being another cog in the great global machine. Again, I ask you - what is the meaning of life?

Has work now become the meaning of life?

But it wasn't always this way

If you were a boomer or even the generation before, you were told that industrialisation and automation was going to lead to us all working much shorter hours. In fact the estimate was that we'd all be working 15 hours a week tops and by the 2000's we'd all be enjoying our passions with a greater emphasis on personal happiness. Hmmm, I'm not sure about you but I think we messed this one up! How did we get to where we are now in working longer hours, with inflation overtaking real wage increases year after year?

Well life got complicated, and expensive

If you look back at how life has evolved over the past few centuries, there has been a sea change in expectations and the working experience. From short local commutes, to jobs for life (life expectancy being much lower aside...) to following a trade in your families footsteps, there was no need to think beyond your local borders to find fulfilment. If you had a skill or trade, you could probably make ends meet and be specialised enough to offer your expertise to a big enough market in your home geographic location.

But things change and as our horizons and ambitions rapidly escalated over the past century, we as humans realised we wanted more from life. Or let me rephrase that. We were told that we should expect more out of life.

Post world war two, we entered into an always growing consumer society with ever increasingly canny advertising executives ready to sell us a vision and dream of what the perfect life should be. As innovation in technology continued to flourish, there needed to be a way to shift this lifestyle and the rise of TV and greater connectivity to the globe took individual life expectations into hyperdrive.

Before too long, the conversation had switched from items that were seen as luxury goods to 'must haves' if you truly wanted to be a modern member of society. Whether clothing, home appliances or exotic holidays and thousands of other opportunities to spend your hard earned cash on a daily basis, life became increasingly complicated throughout the twentieth century.

In fact at Kellogg's in the 1950's workers actually voted against a 30 hour work week in order to work 40 hours so as they could afford to keep up with their fast spending neighbours.

Throw in population growth from 1.6 Billion to 6 Billion from 1900 to 2000 and you have rising rents and the cost of living adding to this perfect storm. Just being alive became expensive!

And guess how you were going to afford these items? Welcome to the dawn of credit cards, years long consumer credit agreements, working longer hours and ultimately the greater need to create more financial incomings than the ever growing outgoings.

Burnt out, bummed out

As a 'working all hours' culture and 'commitment to the company' mantra continued to grow at breakneck speed, we reached a situation towards the end of the twentieth century where it was deemed normal and honourable to reach burnout. If you weren't living on the edge, you were taking up space. This of course wasn't sustainable, but who was going to speak up and say a new way of doing things was needed?

And who would take the place of those honourable comrades who fell on their own swords? Well, any number of proteges who were also schooled in this 24/7 culture and were determined to reach their own financial nirvana. Time to get back to work, hustle, hustle, hustle, time is money etc etc (Insert your own slogan here)

But with many quality people now starting to burn out on the top of 'rat race hill', a new way of thinking started to emerge. Maybe there was more to life? Enter the work/life balance!

Now we're not anti-capitalist at all. In fact we're pro-capitalist in wanting everyone to achieve their financial goals and live the most fulfilling life imaginable. Capitalism has done an incredible job at lifting hundreds of millions of people out of poverty and although slower for some people, it's still the number one way of creating wealth and lifestyle through work.

What I'm highlighting here is the absolute need to reflect on where we've come from and celebrate the fact that change is happening. For many people, achieving a greater work life balance is right at the top of their agenda when choosing what to spend the majority of their time doing. Makes sense right?

In life, there is always a reaction when things swing too far in one direction. As we find our feet through the twenty first century we've started to realise that maybe there is another way of living in order to achieve a more fulfilling life. A way that balances the need to generate income with new ways of living a less complicated life.

'Less is more' minimalism is the order of the day with experiences now ranking much higher in importance with millennials than possessions. So can we turn those 'experiences' into every day life occurrences, maybe even our main employment? I think we can!

The meaning of life is happiness

I've met many people on my journeys to all corners of the globe over the years and the number one reason for the meaning of life I repeatedly here is to achieve happiness. After all, we're all just evolved apes spinning on a burning rock, circling another big burning object floating through space. We're on this planet a mere millisecond in the grand scheme of billions of years since the big bang. Put that into context and (don't think about the apes bit too much...) and all your troubles should melt away...

It 100% makes sense that if you're going to spend the vast majority of your days doing something, then you may as well do something that's going to make you happy.

New ways of working are emerging that give power to the people, such as the passion economy. The old relationship has now started to flip from employer led control to individual employee/freelancer/creator empowerment.

Let's remember how we got to where we are now and keep pushing so as we all achieve that perfect balance between generating enough income to survive in the modern world whilst bringing back those other motivations and reasons to work. Let's give equal standing to feeling productive and having a purpose, as well as enjoying the social nature and creative buzz that comes from doing good work.

After all, we spend the vast majority of our days working. We may as well have a great time whilst doing it!

A Wellness Centre That Feels Like a Retreat - Yogashala 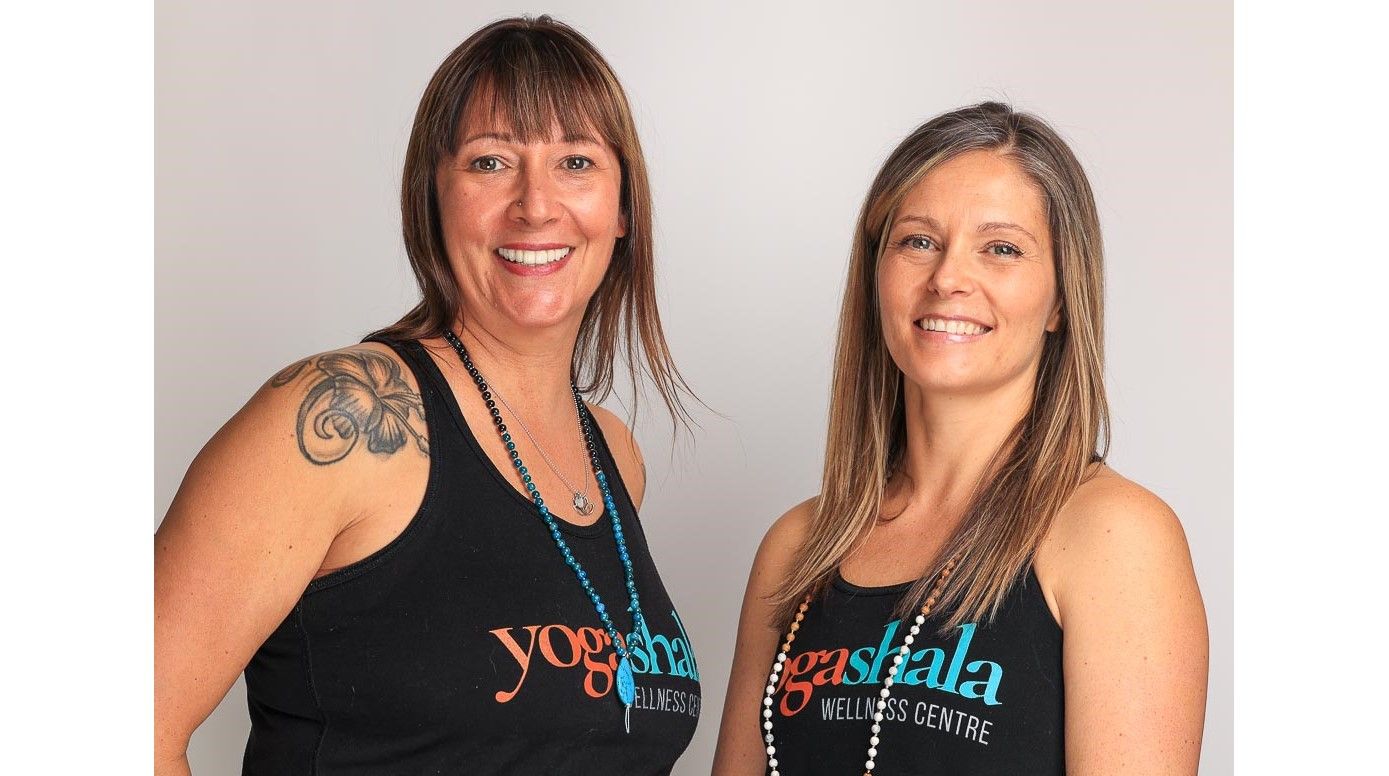 Reimagine your business outside of grind culture 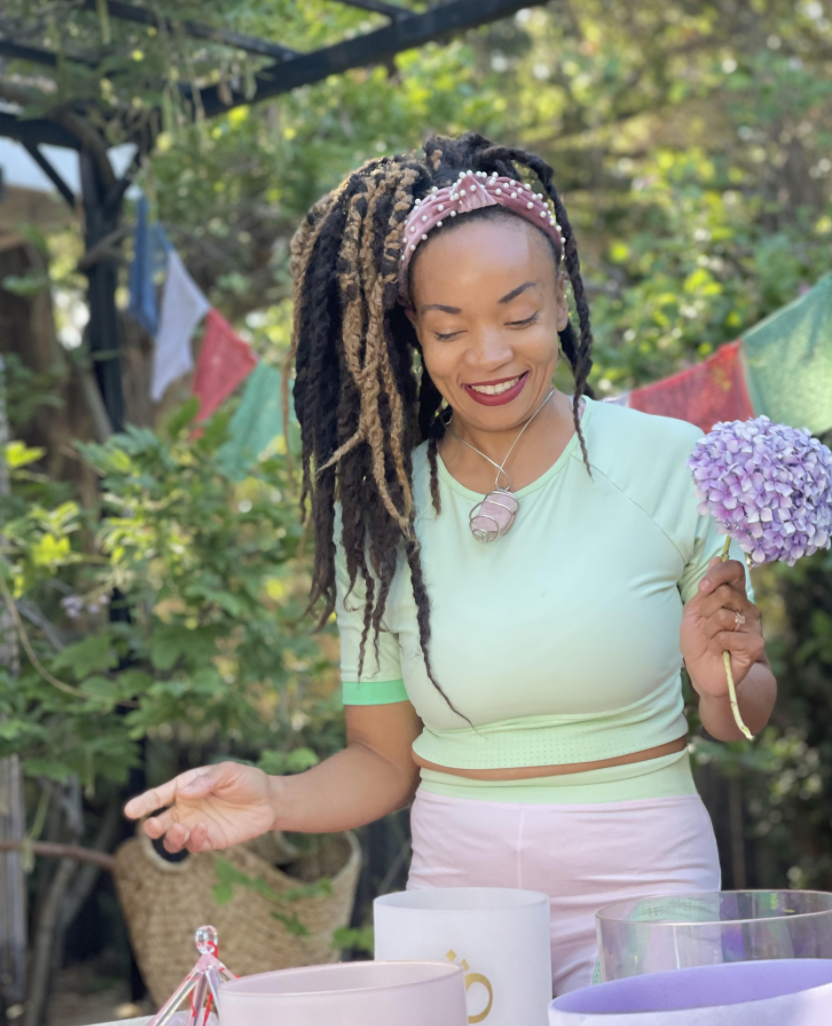 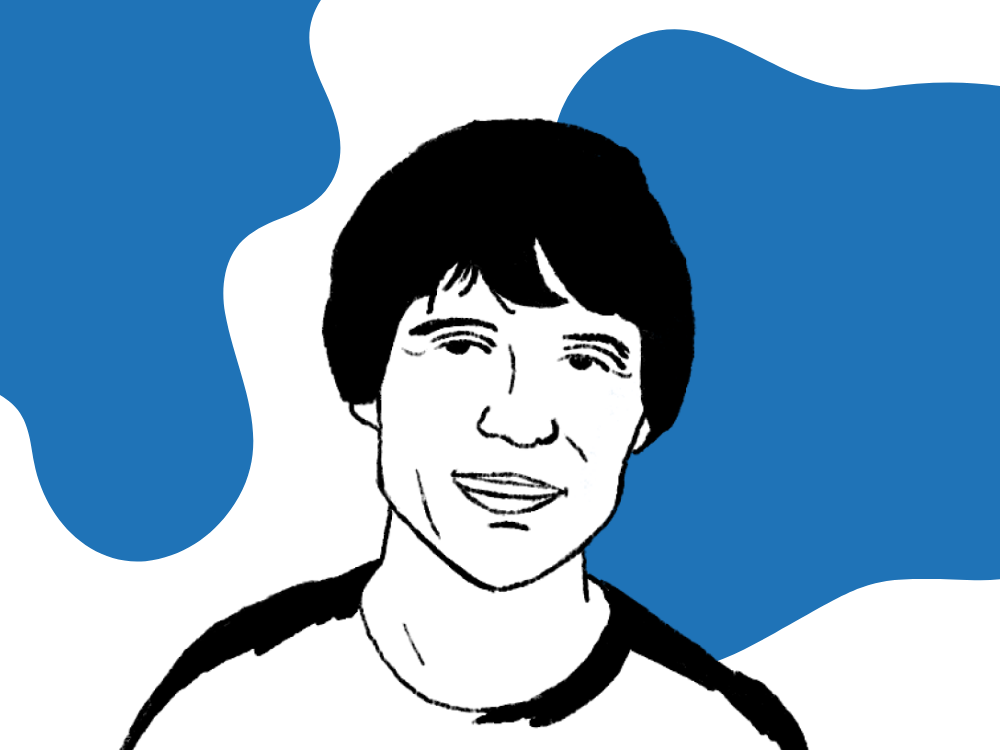 How to make a living surfing and truly live your passion 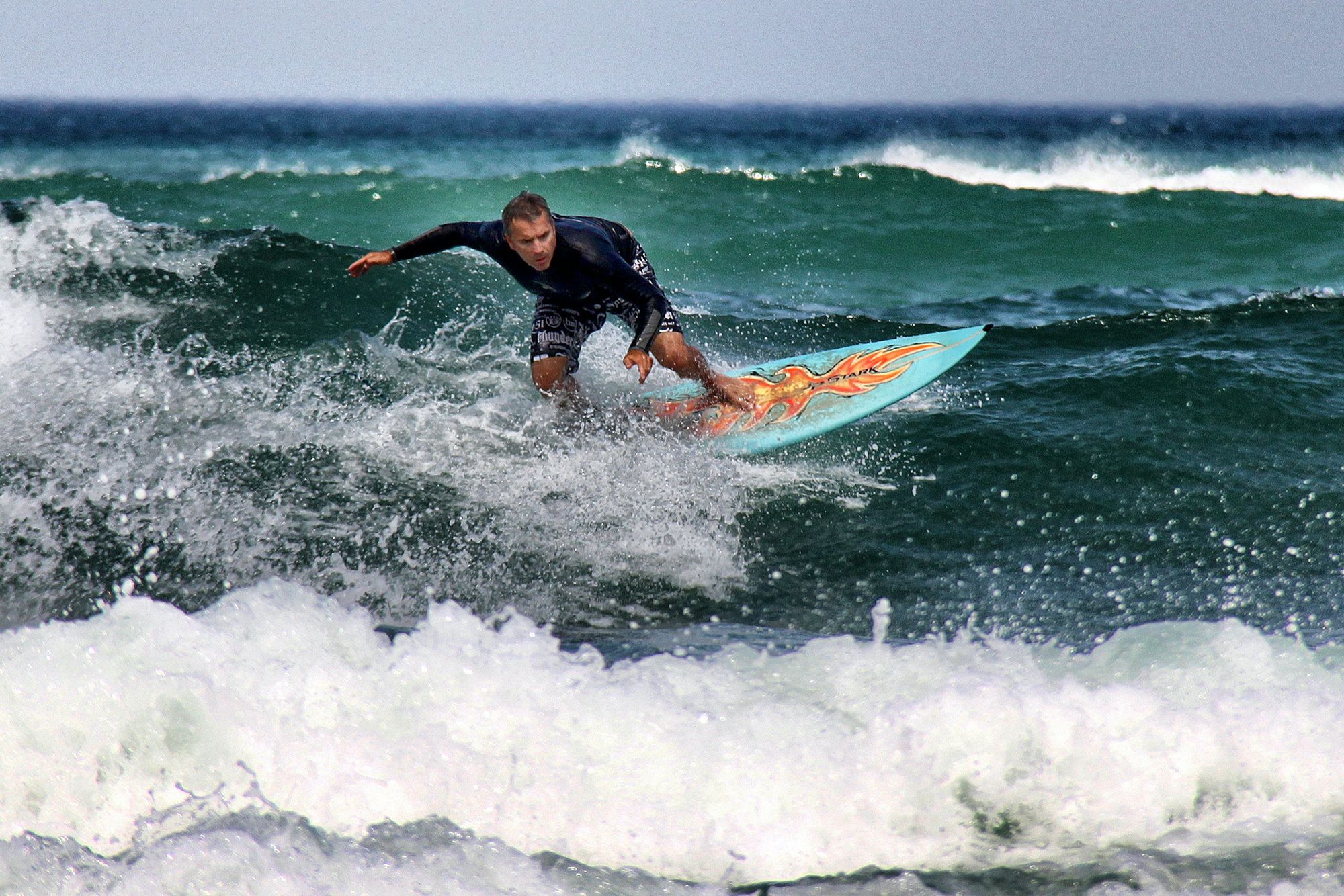