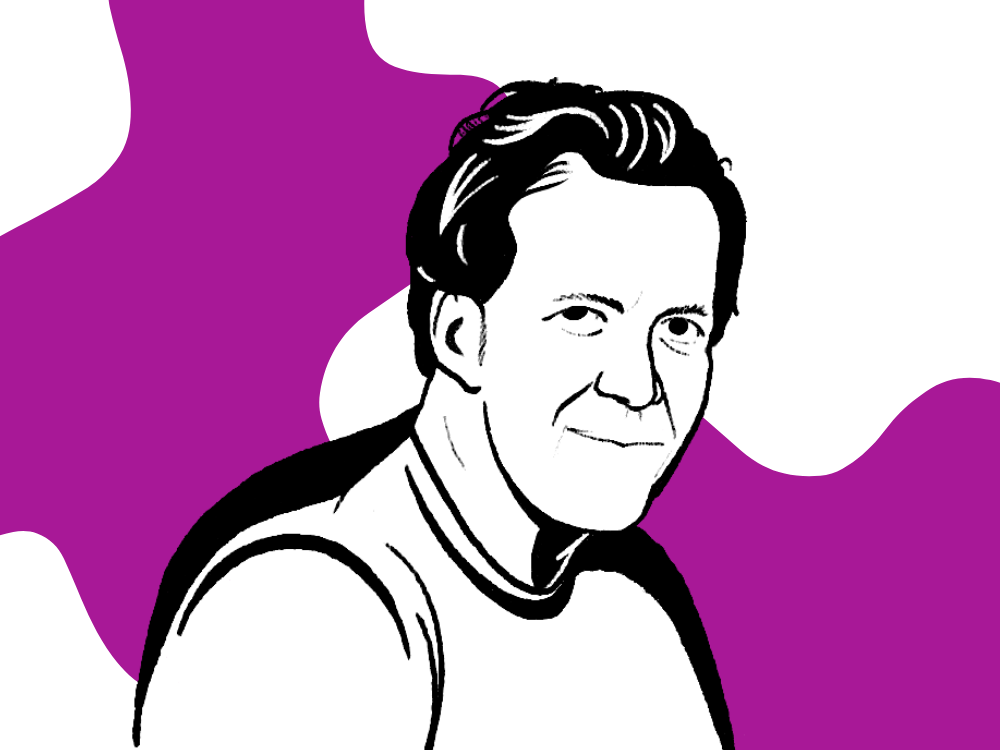 Hey, I'm Richard Lucas and I'm the founder of Eleven, a digital marketing company focused on tech startups and scale-up businesses, helping founders realize their visions. We do that by professionalizing all aspects of their communication and marketing while setting them up for scalability. So it's consultancy services that lead to more fulfilment work, like creating content and supporting founders and their teams.

The first thing we've got to do is to think about the customer. That's the persona work you need to be doing. You need to be thinking that all your content is not for you. It's for who you're offering your services to. Once that persona work has been done, you can start creating articles that are going to help that customer. So if you think of a traditional marketing funnel, you need to fill the top funnel with content. Be useful and help your potential customers with the issues they've got.

A really simple way of doing that is to really think about those pain points. Think about what keeps your potential customer up at night. You could do this with your team, or just yourself. Then once you really draw those out, turn them into questions, and turn those into questions. You could have probably 20, 30 pain points or questions. That's your content for the next six months. You answer those questions.

This is like the grounding of your evergreen content because you want to be ranking for those answers or those pain points if your potential customer searches for them organically or on social media. So answer the questions quite simply for what your customers are looking for, as well as think about the tone of voice and the structure of how you're going to attract them.

You want to talk to people at different stages of the funnel. It's not always a linear journey. People come backwards and forwards at different points of the sales funnel. So that's why having a lot of content that is top of the funnel is really, really valuable. You're talking about an inbound methodology here, so with that, you'd be wanting to push them down into knowing a bit more about your products.

Underneath all of these tips, what'd be my biggest piece of advice would be to collect data. You want to be building your own community so that you're able to talk to them in your own way, via newsletters and email. So you still keep a bit of distance, but they're engaging with you. And the more that you can build that up in your area, the more likely they are to convert.

There's a lot to concentrate on when starting to build a digital presence for your business. It's more than having a profile on Facebook or LinkedIn or website. I suppose it's about taking it to the next level and understanding your personal brand. Fundamentally people buy people, not necessarily companies and I think that's becoming even more important in terms of trust and authenticity. So have the confidence to put your views out there, which reflect you as a person.

You don't want to be that guy who's cornering somebody. If you're genuinely interested in other people's lives and what they're doing, the conversation flows. When somebody is selling to you direct, they're not actually listening to you, they're just waiting to have an opportunity to sell what they're selling is.

Eleven is a business helping businesses, so LinkedIn is a big priority for us and for our clients. It still feels a bit Wild West to me. don't think it knows exactly where it's meant to be, but the obvious pitfalls are direct selling or humble bragging. It goes back to helping your customers, and potential customers. You've got to understand who your ideal customer is. Internalize what keeps them up at night and how do you solve that problem.

I have seen it change over the last year — of what you can see what gets traction and what doesn't. Different formats are interesting as well. The long-winded articles don't necessarily get as much traffic or engagement as titles. You've got to test those formats for your audience.

When it comes to PR, in the beginning, I think it's about being bold. You're not going to be able to necessarily invest money in professional help. To begin with, reach out to publications, individually. Also think about the people that may be in your network that might be able to help you with that as well, and go direct. Start with messaging instead of an official press release. That's a bit more authentic and go forward with crafting something that is going to be useful for their listeners or the readers.

Daniel Priestley uses this term in some of his books. It's a really good phrase. It's about effectively creating assets that generate revenue without much work. In the digital world, it could be something like a white paper that lots of people are able to download, without you having to do the work again.

Another phrase we like to use is source content. Source content is the single point of truth. It could be a piece of research for example, that you've done. The insights could be put into a white paper, for example, but the research is the source. You're able to extract from that lots of different insights create articles. You could create a video. You could create interviews. Blow up that piece of source content into lots of different pieces to be able to push around as part of your digital presence. The beauty of it is that it links back to the original source. So all of the pieces of content are aligned.

That content is organic and evergreen. There's a place for paid media. We like to use it to boost what we're doing because you can get really granular with the targeting, but we focus mainly on the organic, original piece of work to start off with.

Why I Started My Business

I wanted to be in control of my own destiny at some point. It took me longer than I thought it would. I've worked in media all the way through my twenties and thirties and that work encompassed radio, working in the Guardian Media Group, as well as working with Microsoft and Yahoo. Out of the work I did at the Guardian Media Group, I got involved in a digital transformation program.

I was Head of Digital at that point, growing a team. But the bigger challenge was about digitizing that business and getting it ready for exit. That challenge in itself was back in 2010, when the phrase digital transformation really wasn't anything. Today, of course, it's everywhere. We completed the work, which took about two years. And my options then were to go back to doing the job that I was meant to be doing, but I enjoyed the projects too much.

I was fortunate when I worked at Guardian Media Group, that they put me on their Emerging Leaders course, which was a year-long program. And that was fundamentally about learning about yourself. And it really taught you inwardly, what you're best at, what you're passionate about. And mine was about projects. It's about starting things up—the excitement around that. And then I love to move on. So that gave me the confidence to take the leap.

Taking the Leap To Become a Solo Entrepreneur

There's never been a better time to do it. It's never been more accessible with the resources that are around you. Put the right people around you to support you and go for it. My advice is just to be bold, be brave, as far as we know, we're only here once. So if you don't try, you don't know. And there's always an alternative plan if that doesn't go quite as planned.

When I became took the lead into solopreneurship, it was frightening. By that point, I already had three children. I did think, I wish I'd done this earlier, but it happens when it happens. For me, it was slightly later, so I was nervous about it. What gave me the confidence really was about controlling my own destiny. And I had some support. I've got a lot of entrepreneurs within the family and extended family. So I had that sort of expertise around me and support.

I didn't do that much planning behind it. Certainly not as much as I should have done, even though I had that support. I just did it. I think that I always had in the background that I could get a job again. You gotta be fluid too. You can have your own rules, but it's not tested until you put it into the market. The market will determine where you fit or not

The most important thing to consider is, who is your service or product going to help? You need to test, get it out to the market and see whether there's an appetite for what you want to sell. So doing some light touch research is really important. Being able to create surveys, and get feedback on it, talk to as many people as possible about it. Be open to other people's views on it. I would do as much of that as possible to begin with. And make sure that you don't internalize things too much. Think more externally about who your products for.

You can find me at Eleven Content and on LinkedIn.

Richard originally spoke with Jonny for 'The Go Solo Show' - you can listen to and watch the full recording here... 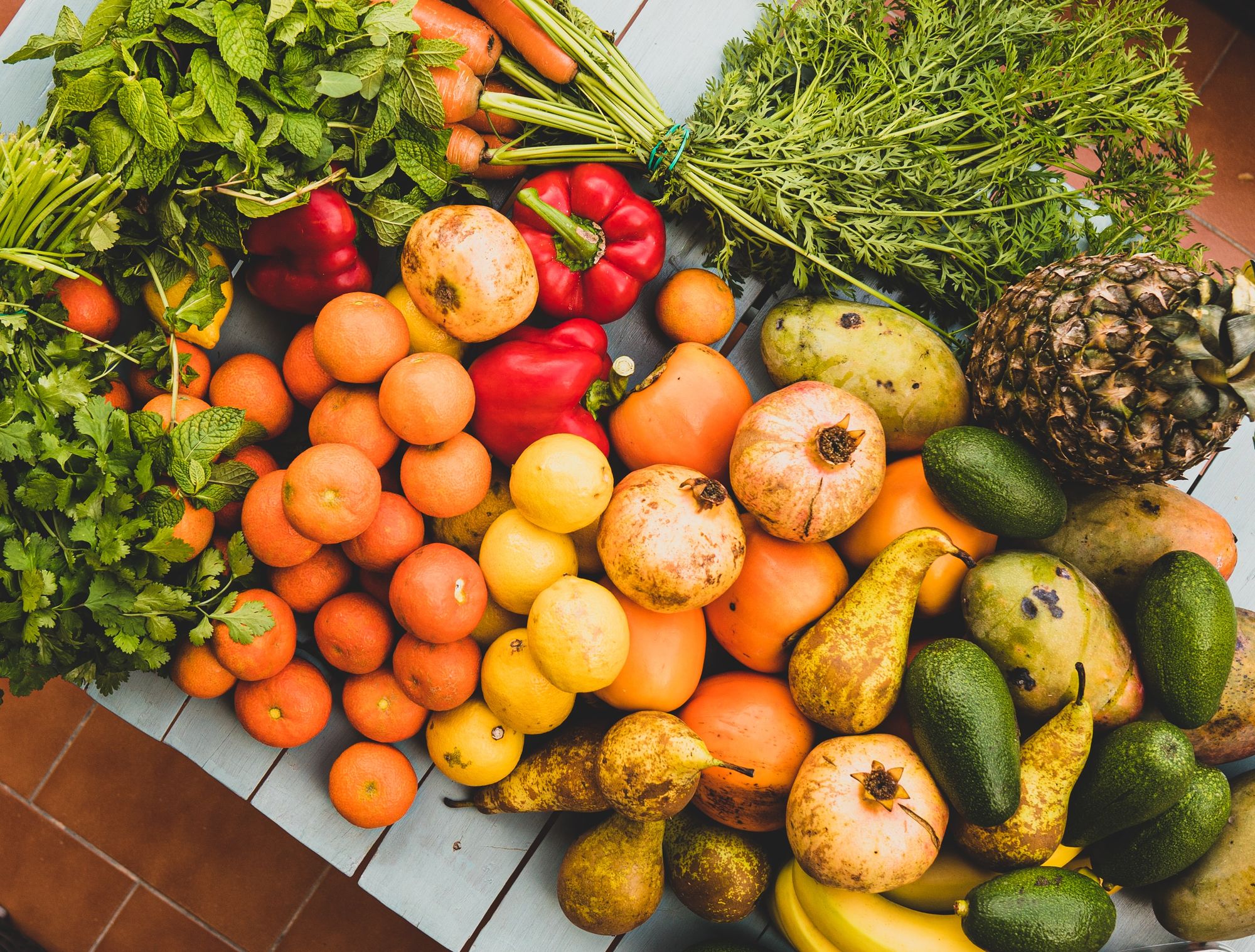